Patent Awards of The Year 2019

On January 27, 1880, Thomas Edison received a patent for an electric lamp using a carbon filament or strip coiled and connected to platina contact wires. This wasn't exactly the first light bulb, but it was the first practical and inexpensive one, a key technological innovation that introduced a new era. One of today's American multinational conglomerate, General Electric was formed through the 1892 merger of Edison General Electric Company of Schenectady, New York, and Thomson-Houston Electric Company of Lynn, Massachusetts, with the support of Drexel, Morgan & Co. 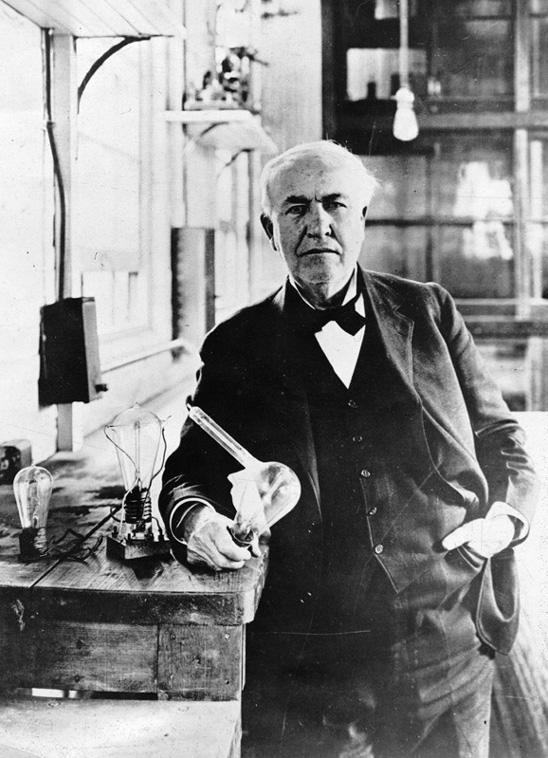 Alexander Graham Bell's patent 174,465, was issued to Bell on March 7, 1876, by the U.S. Patent Office. Bell's patent covered "the method of, and apparatus for, transmitting vocal or other sounds telegraphically ... by causing electrical undulations, similar in form to the vibrations of the air accompanying the said vocal or other sound". On March 10, 1876, three days after his patent was issued, Bell succeeded in getting his telephone to work, using a liquid transmitter. Vibration of the diaphragm caused a needle to vibrate in the water, varying the electrical resistance in the circuit. When Bell spoke the sentence "Mr. Watson—Come here—I want to see you" into the liquid transmitter, Watson, listening at the receiving end in an adjoining room, heard the words clearly. The Bell Telephone Company was created in 1877, and by 1886, more than 150,000 people in the U.S. owned telephones. Bell Company engineers made numerous other improvements to the telephone, which emerged as one of the most successful products ever.

Herman Hollerith, an American businessman, inventor, and statistician who developed an electromechanical tabulating machine for punched cards to assist in summarizing information and, later, in accounting. His invention of the punched card tabulating machine, patented in 1889, marks the beginning of the era of semiautomatic data processing systems, and his concept dominated that landscape for nearly a century. He was the founder of the Tabulating Machine Company, forerunner of the Computer Tabulating Recording Company (CTR). In 1924, CTR changed its name to IBM (the International Business Machines Corporation). Hollerith is regarded as one of the seminal figures in the development of data processing. 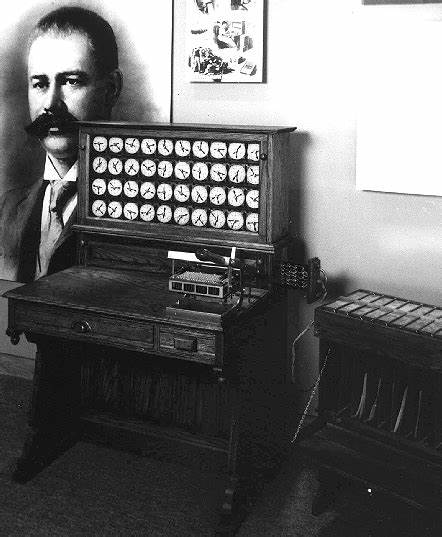 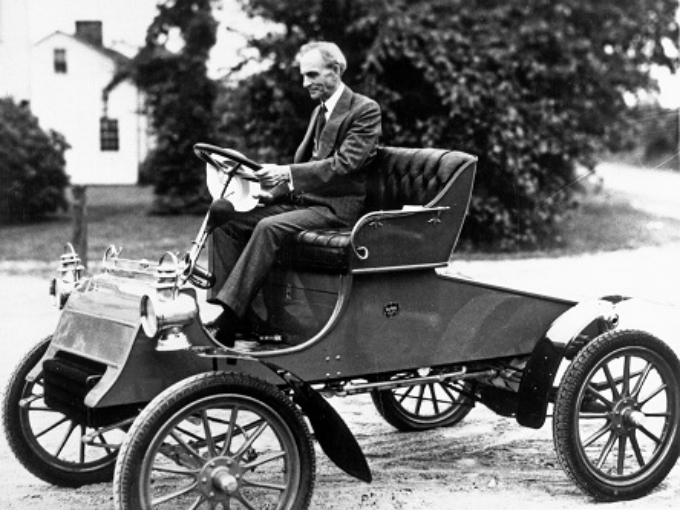 Henry Ford was an American industrialist and a business magnate, the founder of the Ford Motor Company, and the sponsor of the development of the assembly line technique of mass production. Although Ford did not invent the automobile or the assembly line, he developed and manufactured the first automobile that many middle-class Americans could afford. In doing so, Ford converted the automobile from an expensive curiosity into a practical conveyance that would profoundly impact the landscape of the 20th century. His introduction of the Model T automobile revolutionized transportation and American industry. As the owner of the Ford Motor Company, he became one of the richest and best-known people in the world.

The Wright brothers – Orville (August 19, 1871 – January 30, 1948) and Wilbur (April 16, 1867 – May 30, 1912) – were two American aviation pioneers generally credited with inventing, building, and flying the world's first successful airplane. On March 23, 1903, the Wrights applied for their famous patent for a "Flying Machine", based on their successful 1902 glider. Some aviation historians believe that applying the system of three-axis flight control on the 1902 glider was equal to, or even more significant, than the addition of power to the 1903 Flyer. The Wright brothers wrote their 1903 patent application themselves, but it was rejected. In January 1904, they hired Ohio patent attorney Henry Toulmin, and on May 22, 1906, they were granted U.S. Patent 821393 for "new and useful Improvements in Flying Machines". The patent illustrates a non-powered flying machine—namely, the 1902 glider. The patent's importance lies in its claim of a new and useful method of controlling a flying machine, powered or not. The technique of wing-warping is described, but the patent explicitly states that other methods instead of wing-warping could be used for adjusting the outer portions of a machine's wings to different angles on the right and left sides to achieve lateral (roll) control. The concept of varying the angle presented to the air near the wingtips, by any suitable method, is central to the patent. The patent also describes the steerable rear vertical rudder and its innovative use in combination with wing-warping, enabling the airplane to make a coordinated turn, a technique that prevents hazardous adverse yaw, the problem Wilbur had when trying to turn the 1901 glider. Finally, the patent describes the forward elevator, used for ascending and descending. 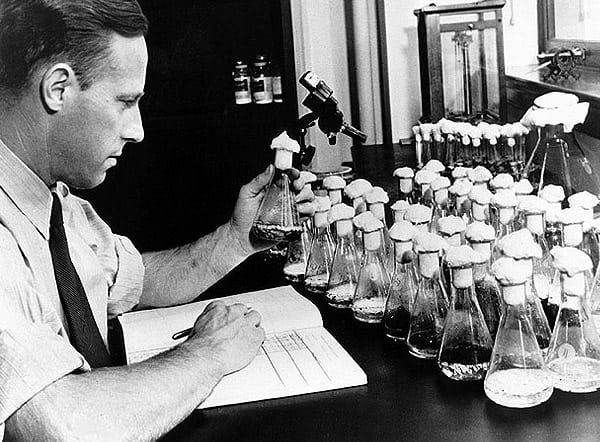 Method for production of penicillin US2442141A

Penicillin was discovered in 1928 by Scottish scientist Alexander Fleming. People began using it to treat infections in 1942. By late 1940, the Oxford team under Howard Florey had devised a method of mass-producing the drug, but yields remained low. Andrew J. Moyer, an American microbiologist was a researcher at the USDA Northern Regional Research Laboratory in Peoria, Illinois. His group was responsible for the development of techniques for the mass production of penicillin. Methods for mass production of penicillin were patented by Andrew Jackson Moyer in 1945. This led to the wide scale use of penicillin in World War II. During World War II, penicillin made a major difference in the number of deaths and amputations caused by infected wounds among Allied forces, saving an estimated 12%–15% of lives. Florey had not patented penicillin, having been advised by Sir Henry Dale that doing so would be unethical.

Mumps Vaccine And Its Preparation US3555149A

Maurice Ralph Hilleman was an American microbiologist who specialized in vaccinology and developed over 40 vaccines, an unparalleled record of productivity. Of the 14 vaccines routinely recommended in current vaccine schedules, he developed eight: those for measles, mumps, hepatitis A, hepatitis B, chickenpox, meningitis, pneumonia and Haemophilus influenzae bacteria. He also played a role in the discovery of the cold-producing adenoviruses, the hepatitis viruses, and the potentially cancer-causing virus SV40. He is credited with saving more lives than any other medical scientist of the 20th century. In 1957, Hilleman joined Merck & Co. (Kenilworth, New Jersey), as head of its new virus and cell biology research department in West Point, Pennsylvania. It was while with Merck that Hilleman developed most of the forty experimental and licensed animal and human vaccines with which he is credited, working both at the laboratory bench as well as providing scientific leadership. 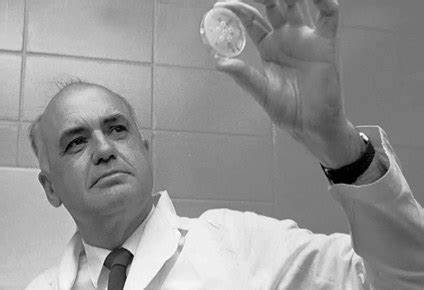 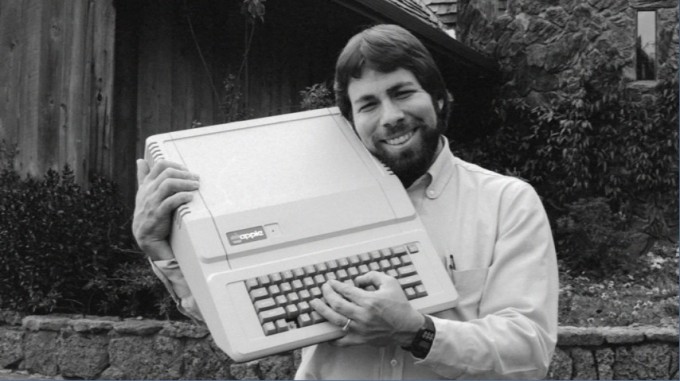 Microcomputer For Use with Video Display US4136359A

In 1975, Wozniak began designing and developing the computer that would eventually make him famous, the Apple I. On June 29 of that year, he tested his first working prototype, displaying a few letters and running sample programs. It was the first time in history that a character displayed on a TV screen was generated by a home computer. By March 1, 1976, Wozniak completed the basic design of the Apple I computer. He alone designed the hardware, circuit board designs, and operating system for the computer. Wozniak originally offered the design to HP while working there, but was denied by the company on five different occasions. Steve Jobs then advised Wozniak to start a business of their own to build and sell bare printed circuit boards of the Apple I. Wozniak, at first skeptical, was later convinced by Jobs that even if they were not successful they could at least say to their grandchildren that they had had their own company. To raise the money they needed to build the first batch of the circuit boards, Wozniak sold his HP scientific calculator while Jobs sold his Volkswagen van. On April 1, 1976, Jobs and Wozniak formed Apple Computer Company (now called Apple Inc.) along with administrative supervisor Ronald Wayne. The two decided on the name "Apple" shortly after Jobs returned from Oregon and told Wozniak about his time spent on an apple orchard there.

Amazon.com, Inc. initially filed for its one-click patent in 1997, with the United States Patent and Trademark Office granting the patent in 1999. One-click is a feature by which an e-commerce transaction is executed with a single click that uses stored customer credentials for validation. It helps create a frictionless checkout process, thereby achieving an extremely high conversion from its existing customers. Amazon, however, was unsuccessful in persuading the European Union to grant a patent for this feature, with the EU arguing that the underlying technology is too obvious and reliant on prior art. Canadians, who were initially opposed to patenting this technology, finally relented in 2011 after a legal battle. Australia also objected to patenting this technology. 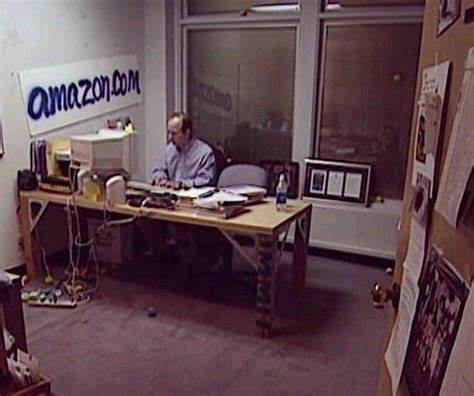 Method for node ranking in a linked database US6285999B1

This is Google’s famous PageRank patent. Larry Page’s invention valued a webpage based on how many other pages linked to it. Filed in January 1998, the approach provided a significant improvement in the quality of search results, a key factor in Google’s rise as the dominant search engine. Interestingly, the original assignee was Stanford University, which received 1.8 million shares of Google stock in exchange for a long-term license.

After Steve Jobs returned to Apple as CEO in 1997, Apple subsequently branched out, introducing and improving upon other digital appliances. With the introduction of the iPod portable music player, iTunes digital music software, and the iTunes Store, the company made forays into consumer electronics and music distribution. On June 29, 2007, Apple entered the cellular phone business with the introduction of the iPhone, a multi-touch display cell phone, which also included the features of an iPod and, with its own mobile browser, revolutionized the mobile browsing scene. A number of popular Apple products were then introduced, including the iMac, the iPod, the iPhone, and the iPad tablet computer. 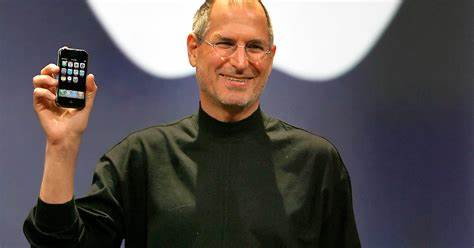